Here is a common example of a Pipeline that identifies various stages in a sales process:

Opportunities can move through Statuses independent of the Lead Status but should align with your overall sales process.

You can create a new Pipeline by clicking the "+ New Pipeline" button on the Settings > Statuses & Pipelines tab.

All Close plans come with a default "Sales" Pipeline. If you are on the Pro or Business plan, you can create additional Pipelines. 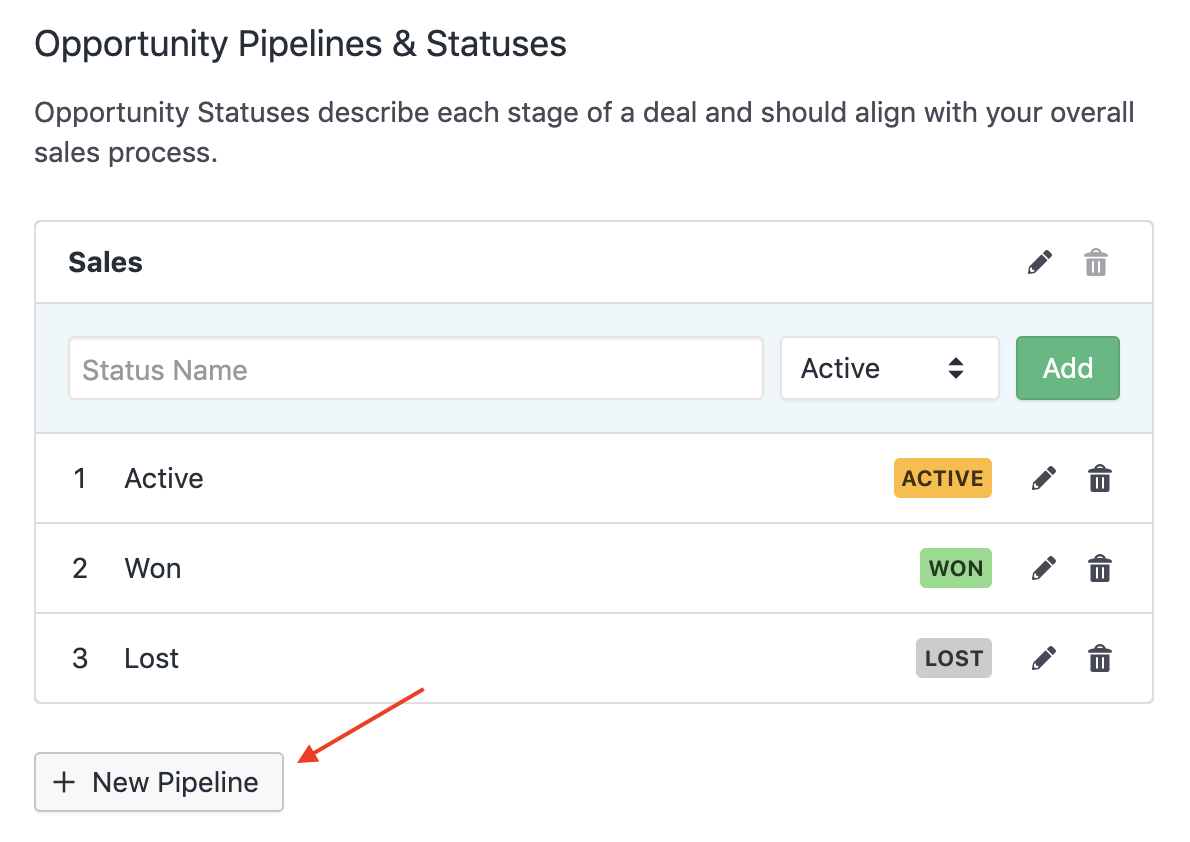 To create a new Pipeline, click the button shown above. Once you have named this, add the required "Active", "Won", and "Lost" Status Types so that Close can calculate its associated revenue. Once you've added a new Opportunity Status, and drag or drop the Statuses to reorder them.

This feature is only available on the Pro or Business Plan.

To delete an Opportunity Pipeline, you will first have to delete all of the Opportunity Statuses associated with this Pipeline, or move these Statuses to a different Pipeline.

All organizations must have at least one Pipeline in their Close account.

Opportunity Status Types are required because Close uses them to calculate how much revenue is part of an active Pipeline ("Active") was won ("Won") or was lost ("Lost").

Add a new Opportunity Status or edit an existing Status the same way you did with your Lead Statuses. Drag and drop the Statuses to reorder them. You can also drag and drop Statuses across Pipelines. 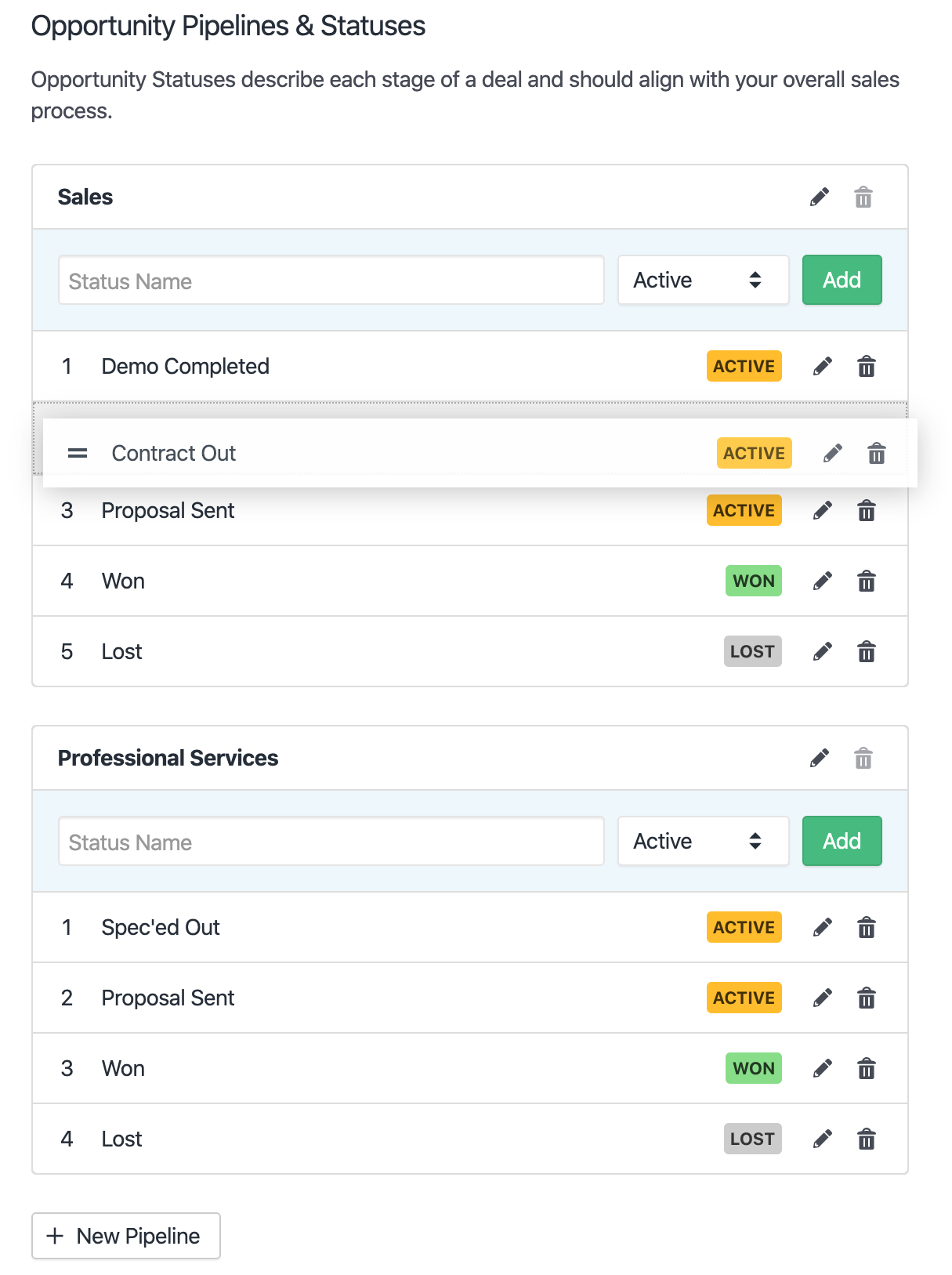 To delete an Opportunity Status, click the trash can icon next to the Status name. If there are Opportunities attached to the Status, you will be prompted to select a new Status to assign to them. 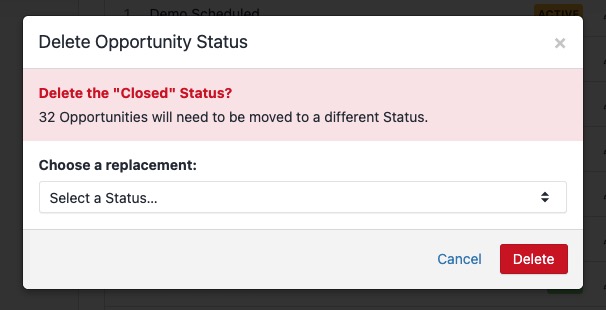